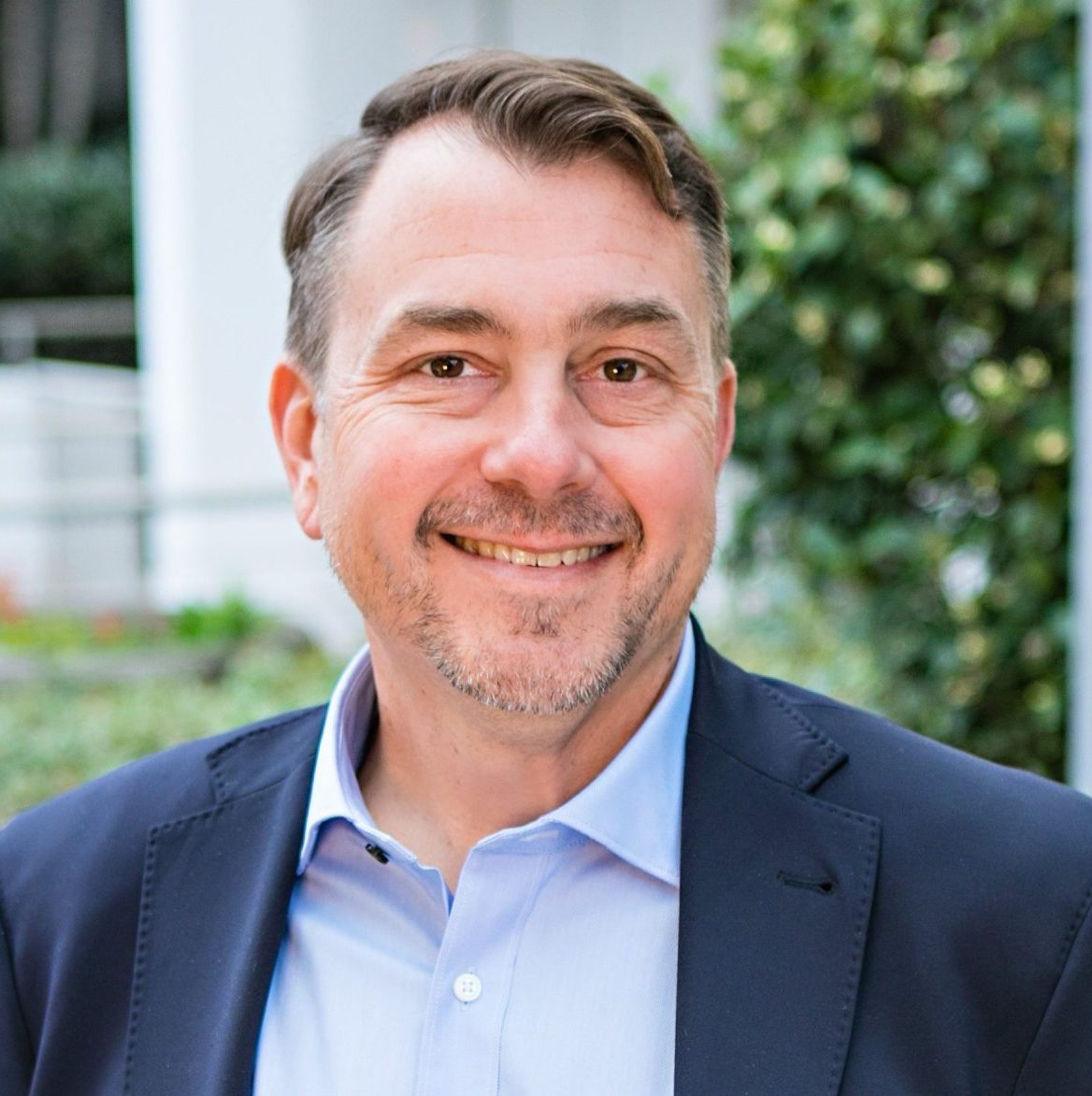 Born in the small town of Sullivan, Missouri, Geoff studied history and received his Master’s Degree in American History from Western Carolina University. Geoff credits his mother working in Sullivan City Hall for most of his childhood for his interest in how the government works with its people and the built environment. Before transitioning to the real estate and market analysis industry, Geoff taught history, politics, and economics at the high school level—he uses the local politics and economic concepts he taught to his students in his everyday work.

Some of Geoff’s personal career achievements include being part of the early planning efforts for many successful developments and redevelopments around the Southeast. Some of his personal favorites include the Turner Field, now GSU Stadium, area revisioning, as well as the creation of the new portion of Alpharetta’s new downtown area, and the creation and evolution of Sugar Hill’s downtown area in Gwinnett County. His biggest highlight was playing a leading role in the creation of the Westside Atlanta Land Use Action Plan in 2016.

When he’s not working, Geoff enjoys spending time with his family (including his dogs) in the North Georgia mountains and at Lake Burton. He is also a proud supporter of the 2018 MLS Cup Champions, Atlanta United. Next time you see him, be sure to ask him about his college basketball days, too! 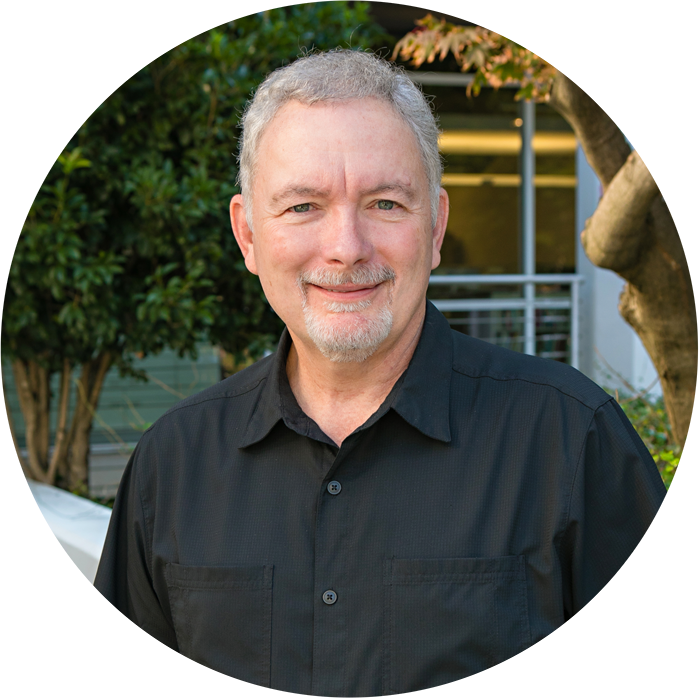 Gary Mongeon was born in Exeter, NH, and went on to earn degrees in Economics and Political Science from the University of New Hampshire. As the Senior Vice President and an analyst at KB Advisory Group, Gary has greatly enjoyed having the privilege to work with many highly talented local government officials and real estate professionals since 2006 on some of the region’s most interesting and challenging developments. Gary’s personal career highlight was being part of a team in the late 1990s that completed a redevelopment strategy and business plan for the re-use of the Vint Hill Farms Station, a former US Army and NSA electronic warfare station located outside of Warrenton Virginia. Today, “Vint Hill” is one of the most successful mixed-use developments in the region and is home to the FAA’s Air Traffic Control System Command Center. When he is not hard at work, Gary enjoys hiking, camping, kayaking, and hitting the links for a round of golf. 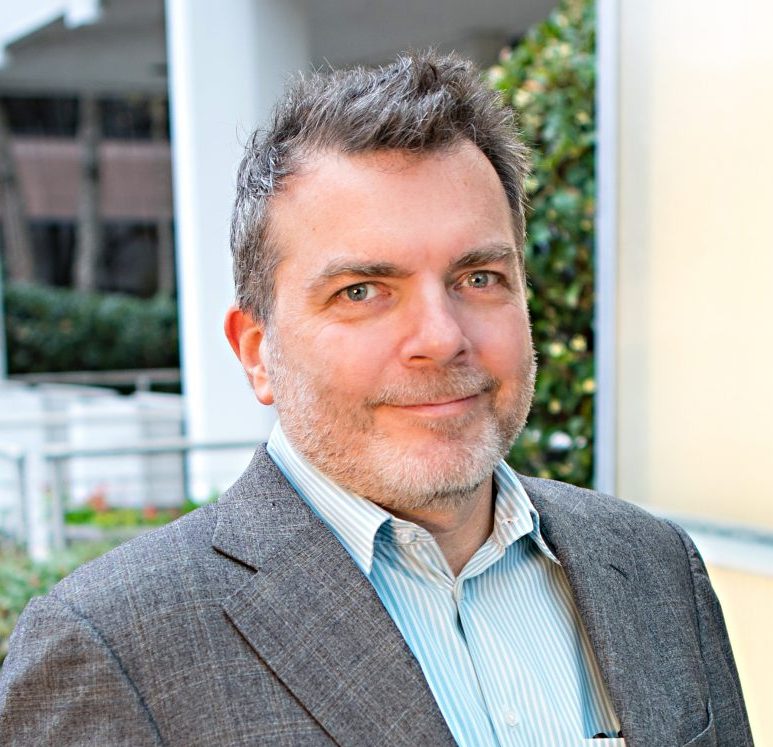 Jonathan Gelber was born in Paris, France when his parents were stationed for business. His family came back to the United States and moved to Los Angeles when he was 1. Jonathan earned a Bachelor of Arts degree from Reed College in Portland, Oregon, where he studied Architectural History.  He then went on to receive a Master of Science in Urban Planning from Columbia University in New York in Atlanta, followed by a second Master of Science in Real Estate from Georgia State University in Atlanta.

Jonathan currently serves as Vice President of KB Advisory Group and he most enjoys the ever-changing challenges of consulting in his 12 years with the company. He has never had the same day twice, and always finds new projects, places, challenges, partners, clients, and communities to work with.

Jonathan’s personal career highlight was helping to start the New York City bicycle network in 1992 that now sports over 1,300 miles of bike lanes. Other notable highlights include seeing the Atlanta BeltLine and everything around it blossom over the last 20 years.

Something people are surprised to learn about Jonathan is his five-year career as a professional chef in the mid-1990s where he worked his way up to Executive Chef. He came back to planning and consulting after the birth of his first child.

When Jonathan is not working, he enjoys spending time building and perfecting his elaborately cascading waterfall and fish pond network in his back yard stocked with over 30 “Shubunkin” fish, which his wife affectionately refers to as his “Shubunkiverse.” 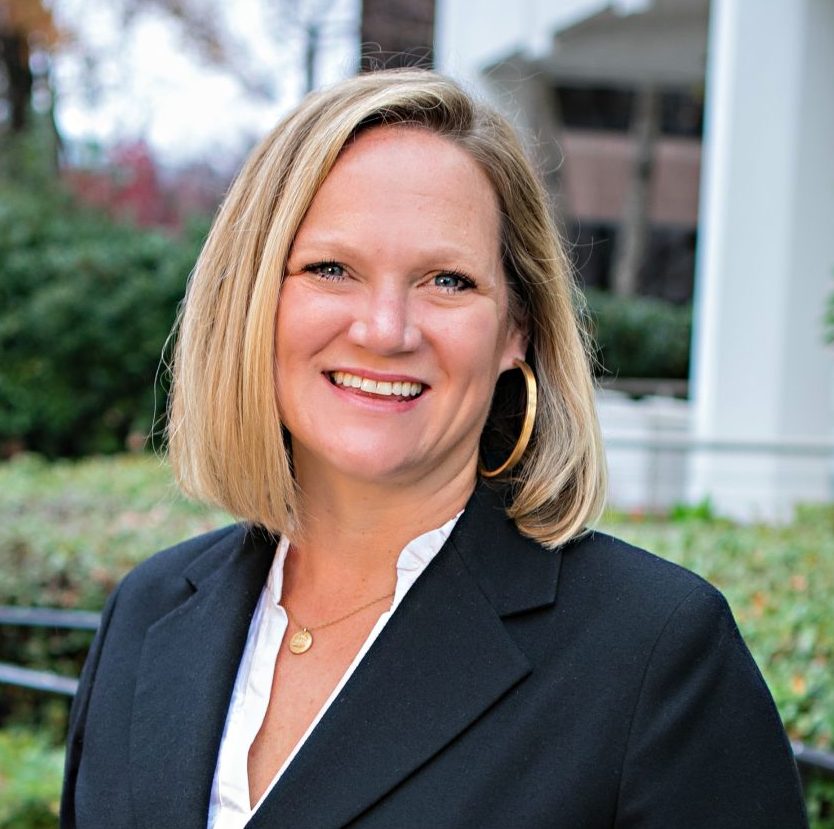 Reagan Koski was born in Atlanta, GA, and went on to attend Georgia State University where she earned a degree in Sociology. Regan currently serves as the Co-owner and CFO of KB Advisory Group, and she has most enjoyed the financial side of the business and working with numbers. Her personal career highlights include working at Emory University where she managed Signature Events for University leadership across the United States and the world, including Europe and Asia. People are often surprised to find out she is an Atlanta native and continues to give back to the city that raised her. When she’s not working, she loves cooking, working out, taking her dogs for walks, traveling, and spending time at the beach visiting her parents in Charleston, SC, or in the North Georgia mountains and Lake Burton.

Tate Davis was born in Augusta, Georgia. She grew up in Atlanta and attended Oglethorpe University, earning a BS in Biology. Tate also has a Master of City and Regional Planning from the Georgia Institute of Technology. Tate is a Director of Real Estate/Urban Planning Consultant at KB Advisory Group. The new management position with KB Advisory Group allows Tate to apply her urban planning experience and interest in developing healthier cities as a senior contributor to the firm. In addition to her real estate development work at Noell Consulting Group, Tate’s experience includes promoting balanced and responsible growth through policy analysis, public engagement, and membership input at the Council for Quality Growth, where she engaged with regulatory issues related to land use, planning, development, and growth throughout metro Atlanta. Outside of work, Tate enjoys exploring Atlanta and trying new restaurants. She is a loyal fan of Atlanta’s sports teams. Tate also bakes and is working on perfecting bread and kinds of pasta. 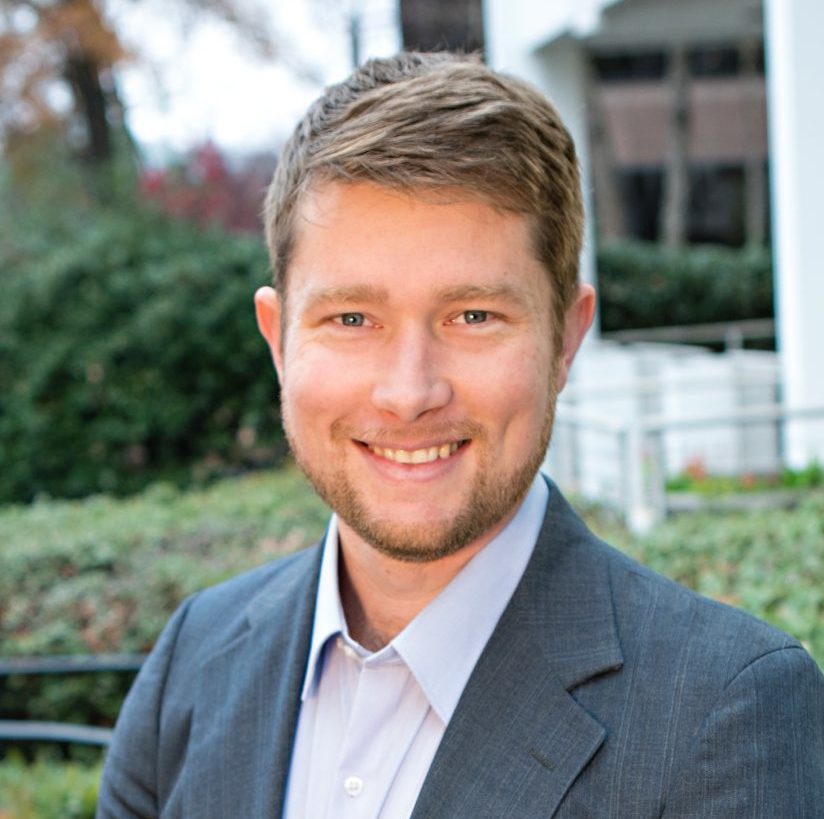 Stan Reecy was born in Tallahassee, FL where he later attended Florida State University earning a Bachelor’s degree in Geography and then a Master’s in Urban and Regional Planning. At KB Advisory Group, Stan works as a Senior Consultant, where he most enjoys being able to draw on his knowledge from diverse fields in analyzing new possibilities for clients while also learning something new at the same time. Stan’s personal career highlights include helping the State of Georgia secure substantial federal funds for freight infrastructure projects, coordinating the expansion of the Airport South Community improvement district by increasing its budget by over 50%. Something people are surprised to learn is that Stan finished in the top 10 in the State of Florida in the one-mile and two-mile races as a Senior in high school. When he is not hard at work you can find Stan playing all types of board games with his friends. 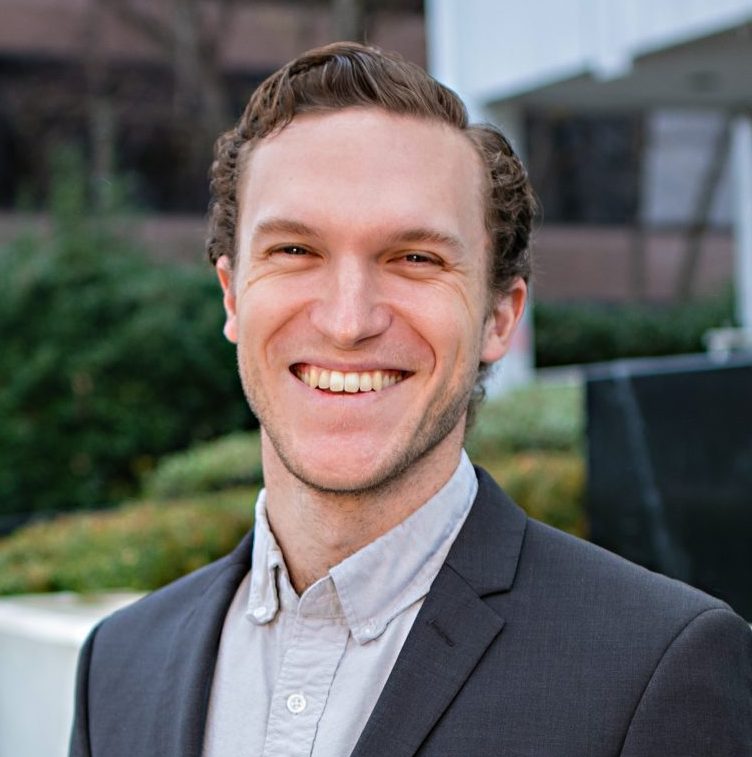 Alex Seidenberg was born in Miami, Florida, and went on to attend the University of Florida, earning a Bachelor’s of Science degree in Sustainability & the Built Environment in 2018, and later earning his Master’s Degree in City and Regional Planning from Georgia Tech in 2020. At KB Advisory Group, Alex works as a Consultant, enjoying the fast pace of the company and the ability to always learn something new from project to project. His personal career highlights include developing programs that have contributed to the permanent housing of over 200 unhoused households in Atlanta, and helping to establish the Faith-Based Development Initiative in the Southeast—an affordable housing initiative that partners faith-based organizations with development partners. When he’s not working, Alex loves photographing concerts, writing about music, and graphic design. 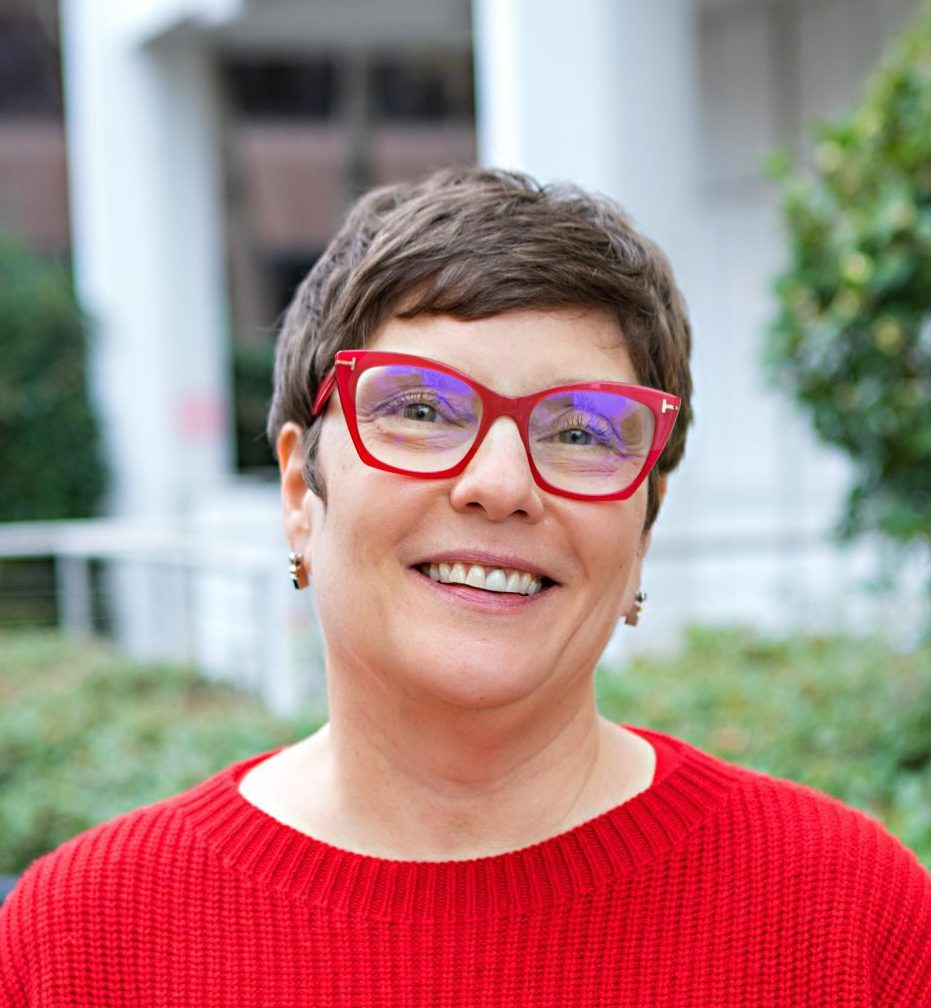 Liza Mueller was born in Alexandria, and grew up in McLean, VA. Liza attended Bennington College and the University of Mary Washington, where she received a Bachelor of Arts in Classical Civilization. Her Master of Landscape Architecture is from the University of Virginia.

At KB Advisory Group, Liza serves as Marketing Manager. She is most excited about collaborating with fellow staff and creating physical deliverables that showcase excellent content creatively, organized, and thoughtfully. Liza enjoys helping tell compelling stories, using graphics and visualizations throughout the deliverables.

When Liza isn’t working, she is an avid reader. You will likely find her engrossed in a book or prepping for book club. Liza grew up close to the Potomac River and spent much of her childhood playing outdoors. Today she continues that love through her work and taking walks in Historic Oakland Cemetery or the Grant Park neighborhood. 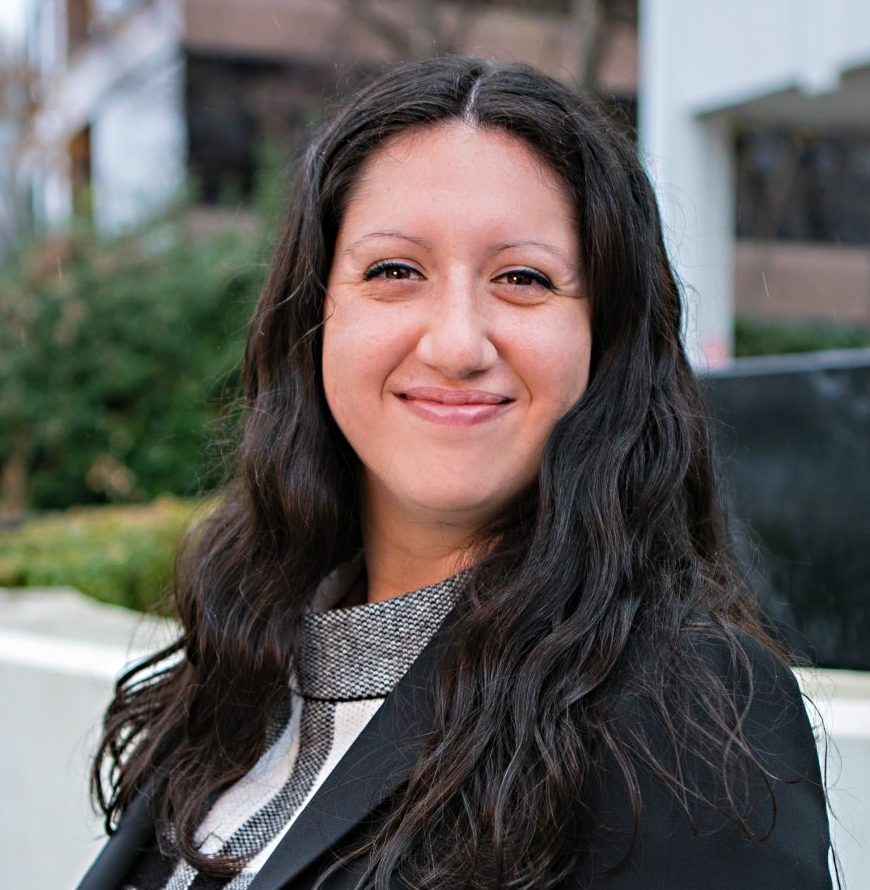 Gabrielle Oliverio was born in Columbia, SC, and has lived in Georgia most of her life. She is a Georgia Tech double graduate, earning her Bachelor of Science degree in Economics and International Affairs in 2019 and her Master of Science in City & Regional Planning in 2022. Gabby began as an Analyst Intern at KB Advisory Group and now is a Consultant. She will build on her previous demographic and research experience to construct analysis models, synthesize data,  and create visualizations for data-driven storytelling. She took a gap year between her undergraduate and graduate programs to work in federal procurement in Washington, DC, with the General Services Administration. Gabby’s other experience includes various roles with the Georgia Department of Economic Development and working with the urban agriculture team for the City of Atlanta. She loves to read, bake, and hike when not at work.