Posted at 00:10h in Our Clients by Reagan_Koski
0 Likes 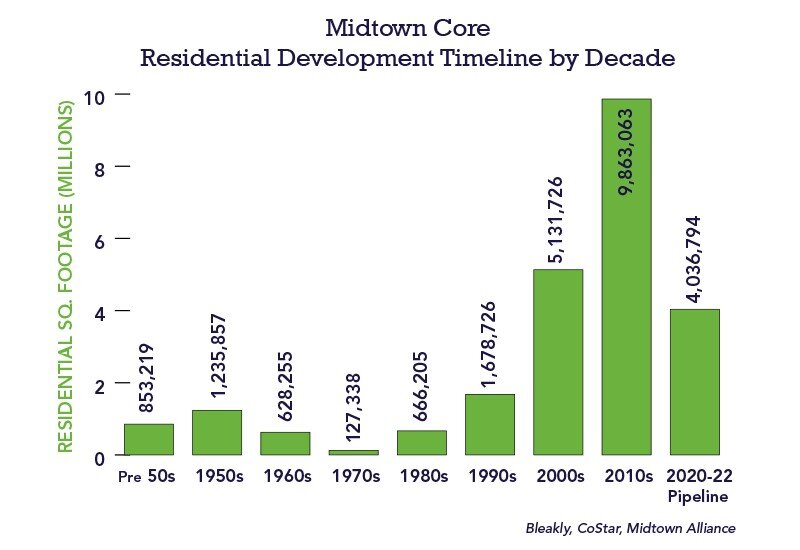 Midtown has doubled in population since 2000, while also increasing five times faster than the City of Atlanta.  While seventeen percent are students, which is expected to increase, 42 percent are made up of millennials. [KB Advisory Group’s analysis] shows the annual household income to be $50,000 or more. And “More than 4 million square feet of residential development is planned for the next two years (2020-2222) alone, too,” as detailed in Curbed Atlanta’s article.

KB Advisory Group’s work for Midtown Alliance was also highlighted in a pay-walled article from the Atlanta Business Chronicle. In the article, Vice President, Jonathan Gelber says, “Things have changed. If you look at development by the decade in Midtown, we have had more things built in Midtown in the 2000s and the 2010s than the entire 200-year history before that period.” Since about 2013, roughly 5% to 10% of all the new housing built in Midtown has been either student housing built by private companies (not the colleges themselves), or SCAD dorms. According to Gelber, student housing in general “really is a new entry to the market that’s kind of changing how things [in Midtown] work.”